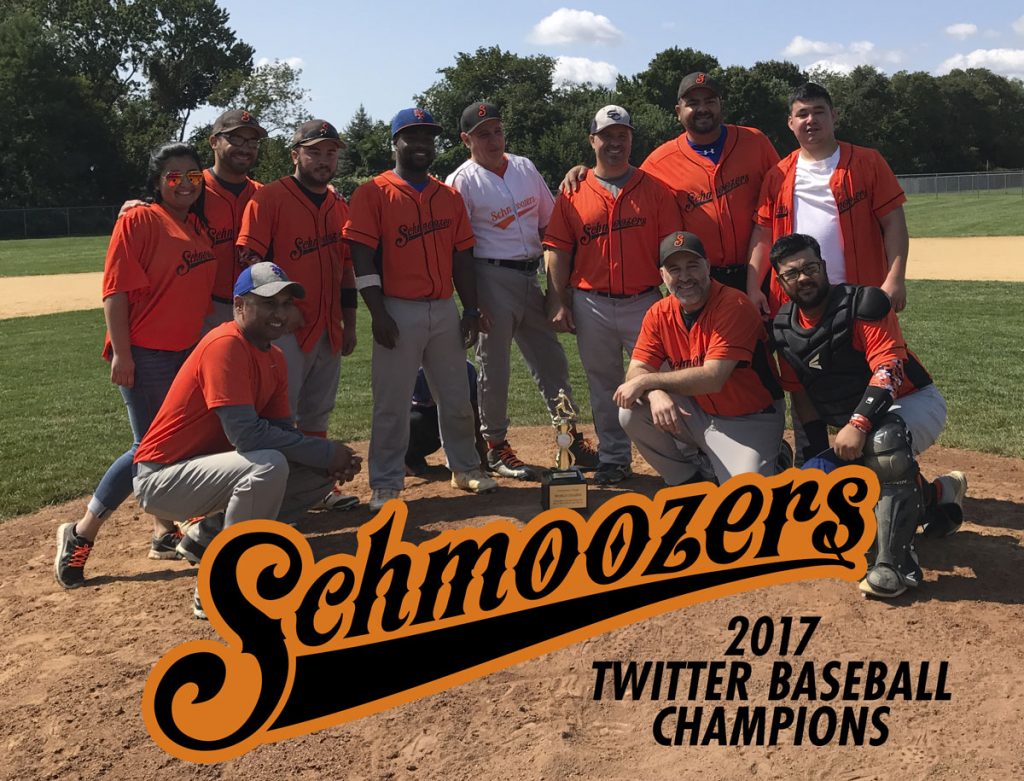 The Schmoozers added their name to the Twitter Baseball Trophy this past Sunday. The early three runs scored in the top of the first was all they needed to de-throne the Softballers as new champions of the league. Defensive struggles and some base-running miscues allowed the Schmoozers to cruise to a 6-1 win. Despite strong pitching from Angelo Rodriguez (6.2 IP, 7 Ks) and Neslin (2.1 IP, 6 Ks) in relief, the Softballers were unable to capitalize at the plate. A stellar start from AJ Mulvey (7 IP, 11 Ks, 1 ER) and the rock solid defense of the Schmoozers allowed the Softballers to manage only one run, scored by Joe D’Elia on Lenny Neslin’s double in the fourth.

Maccone, C Ramos and Tinerino, each with a couple of hits, fueled the offensive for the Schmoozers. Tinerino drove in 3 runs including a solo homerun in the top of the 9th.